39 WooCommerce Statistics to Get Your Teeth into During 2023

3,876,748 websites use WooCommerce which is 0.2% of all websites. 26% of the top 1 million eCommerce sites are using WooCommerce. That puts things into perspective a little and shows us just how popular WooCommerce really is. 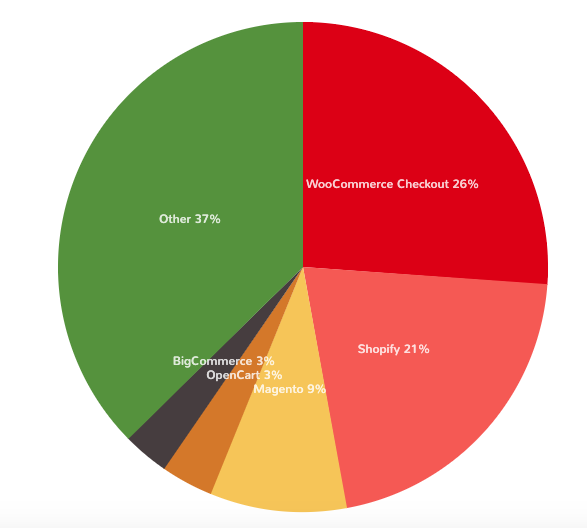 In terms of eCommerce platforms, WooCommerce leads the way when it comes to eCommerce sites. It’s even ahead of Magento and Shopify which is saying something. WordPress coupled with WooCommerce is a market leader and I can only see them taking bigger slices of the pie as the years go on.

If you’re planning on selling your own products or services, using the internet to do so is a wise idea. Compared to a physical store, an online store can open the doors to more people and you can target the right people to do business with.