Have you ever wondered the difference between a Web Designer and a Web Developer?

Well, by the end of this article, you will know the difference. I’ll be explaining what web designers do and what web developers do. I’ll also uncover the differences between them and detail when to use them.

Whilst using a website builder is a great way to get your website online fast, it’s not always the right answer. Website builders don’t suit every business or need, so reeling in professional help may be a better option. 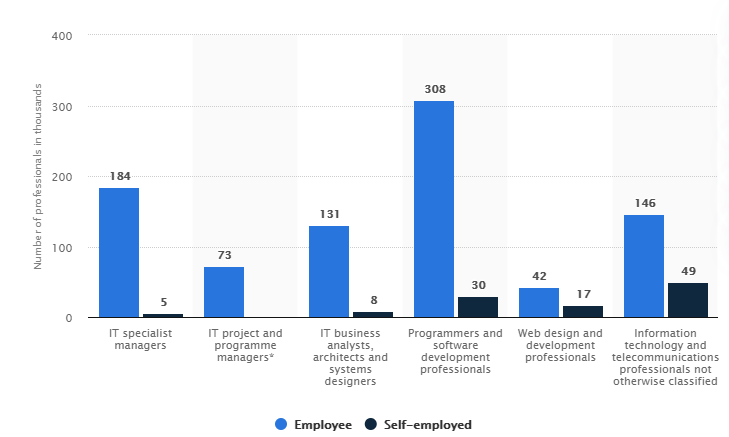 In a recent survey, Statista reports Employment of IT professionals in the United Kingdom (UK) Q2 2018. The results show that there are still plenty of employed and self-employed web designers and developers in the industry. Clearly people do still need the aid of a professional, or else they wouldn’t be in employment.

What exactly is the difference between a web designer and a web developer? Although they are both involved in building a website, their roles are very different.

A web developer builds and codes the ‘shell’ of a website. They do all the nitty-gritty work in the back-end making sure that a website is visible to the end-user. A web designer makes a website look visually stunning.

What is a Web Designer?

Now that we know the basics, let’s take a more in-depth look at what a web designer is. So we’ve already established that web designers make websites look good. Whilst they probably won’t have as much coding experience as a web developer, web designers do use HTML and CSS in creating their designs.

This may sound simple, but there’s a lot of effort that goes on here. UX designers have to research into the website’s target audience/market. They have to make sure the website suits the needs of your website visitors (which can be a tough cookie in itself). 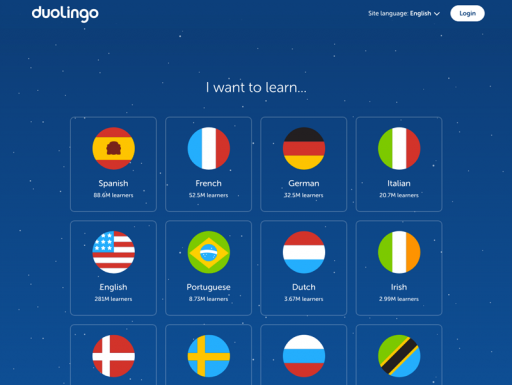 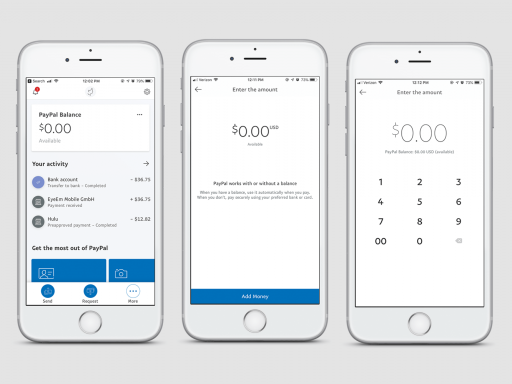 Not to be confused with a UX designer, UI designers focus on how people interact with your website. For example, if you’re using galleries, videos, or even apps, how do these work for your website visitors?

UI and UX designers will have to work closely together and share feedback from both sides of the coin. Without each other, UX and UI designers will struggle to test and produce an awesome website. They rely on each other.

What is a Web Developer?

Web developers have several roles, like web designers. Each one contributes just as much to build a website, but has a different purpose.

A front-end developer works more with what the user can see. They tend to work closely with web designers than back-end developers. Front-end developers will have skills in HTML, CSS, and JavaScript. These all contribute to being able to develop apps and functions that a client will see.

Back-end developers have a close relationship with web servers, databases, and frankly things you probably don’t want to know about, or won’t understand.

A full-stack developer is the most desirable in its field. They are essentially a front-end and a back-end developer rolled into one. They work across multiple stacks (front-end and back-end) and will probably be paid a considerable amount of money!

Web Designer vs Web Developer: How much do they cost?

If you’re considering hiring a web designer, web developer or even both, it’s important to understand their cost. There’s a large difference between seeking freelance work as opposed to hiring from an agency.

A less experienced freelance web designer generally costs somewhere between £10 to £35 per hour. If you want a more experienced designer, they will probably charge around £35 to £70 per hour. For web developers, this is going to be around £30 to £65 per hour. However, this is a very rough guide as each project will have different complexities. Most freelancers will likely charge on a per-project basis, rather than per hour.

According to Aligned Digital, this is the average cost of a website in the U.K. (including web design and development) if going through an agency:

When to use a Web Designer or Web Developer

Sometimes you might want to visit an agency to hire both a web designer and a web developer. This saves time, effort, and money in the long-run (as opposed to hiring freelancers). Although a website builder is the most cost-effective choice, some people simply don’t have time to create their own websites.

On the other hand, if you already have a website, you may want to hire a web designer or web developer for individual projects. For example, if you want to rebrand your business, a web designer can help with this, and it may be cheaper to hire a freelancer.

All-in-all, they both offer something different. If you’re building a website from scratch, you’ll need both sets of professionals to complete the job effectively. Before hiring a freelancer or going to an agency, make sure you do plenty of research. There’s no harm in reaching out to their existing customers and getting some reassurance before you fork out a tonne of cash.[/vc_column_text][/vc_column][/vc_row]